Rudozem Street Dog Rescue have been published in Februarys Edition of Dogs Today Magazine (out today 14 January 2011).  If anyone would like to read the article, the magazine is now available in the shops in the UK, or through their website http://www.dogstodaymagazine.co.uk/ 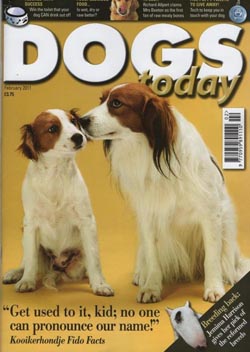 Press on the above photo to view the article.

Please view the following link to read the newsletter. 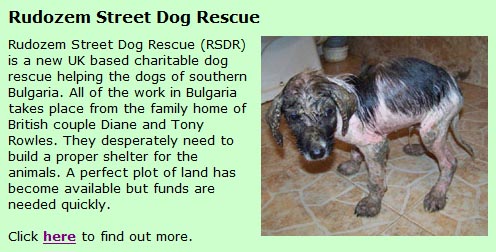 Wonderful Article on RSDR available at the following link:

Today Anita Parsons and Peter Weber whom did a fundraising walk up a mountain on the 17th October 2010, to raise funds for Rudozem Street Dog Rescue was published on Free Bgs website.  A bulgarian news website whom publish latest news events. 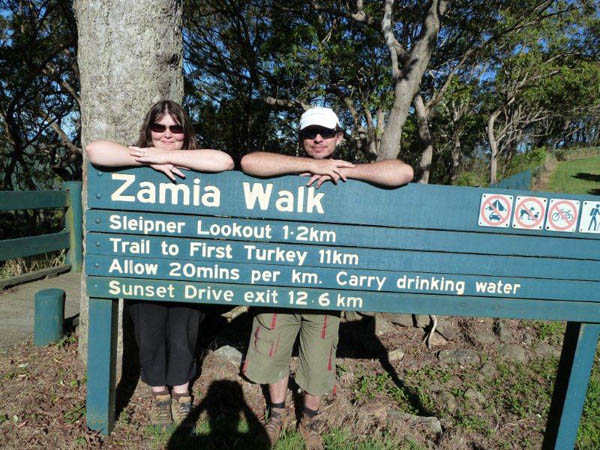 Rudozem Street Dog Rescue have been published in the June Edition of YKC Young Kennel Clubs Magazine "Fetch Magazine".  Please press on the image below to view the full article. 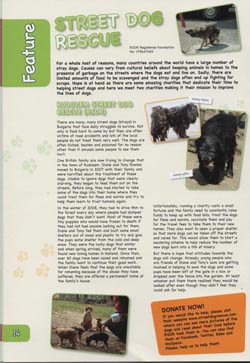 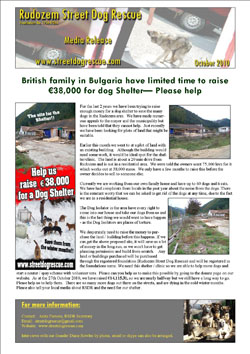 Update:  latest news of the Auction which took place on the 8th April 2010 is on the Events page of our website

12 December 2009 -  I have been the Fundraising & Media Co-Ordinator for a little while and have written lots of emails to different celebrities.

Awhile back, I decided to post a letter to one of my favourite Authors - Dean Koontz telling him about the RSDR and what wonderful people the Rowles family are.
I didn't really expect to get a reply as I know he is such a busy man and would get thousands of fan letters every day, but I still had some hope that maybe he would read my letter and help.
Last Thursday, I went to work and a huge parcel had come for me from the United States. I opened it and there were 3 signed books from Dean Koontz himself, and a lovely letter asking if these would help with fundraising!!!!
Imagine my delight and surprise!! I was so excited that I text messaged Diane right then and there, telling her the fantastic news and wonderful gesture from Dean Koontz!!
I would just like to thank you Dean, for such a wonderful letter and such kind donations to the RSDR. You have given us hope, and an outlook that we can achieve getting enough funds to hopefully get a shelter for the RSDR.

The RSDR will be Auctioning these books off in the new year, and all money raised will go towards funds needed for the Rudozem Street Dog Rescue. 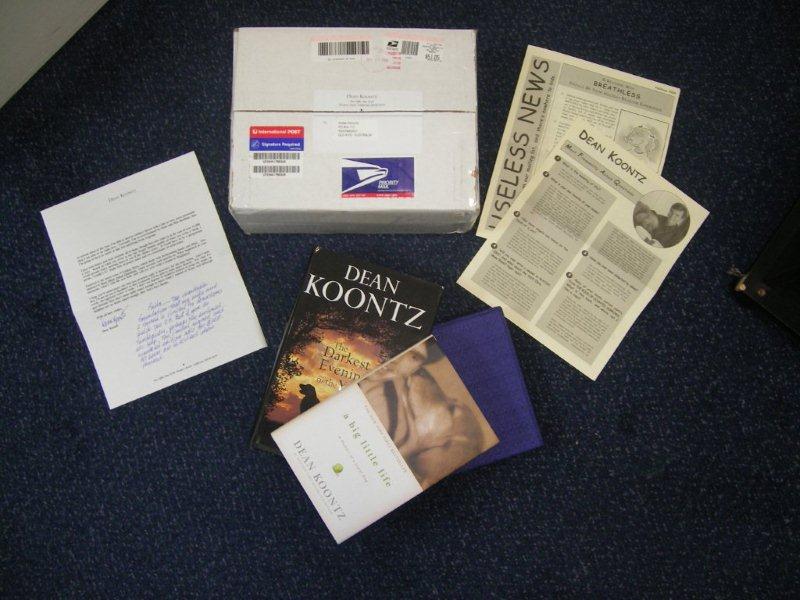 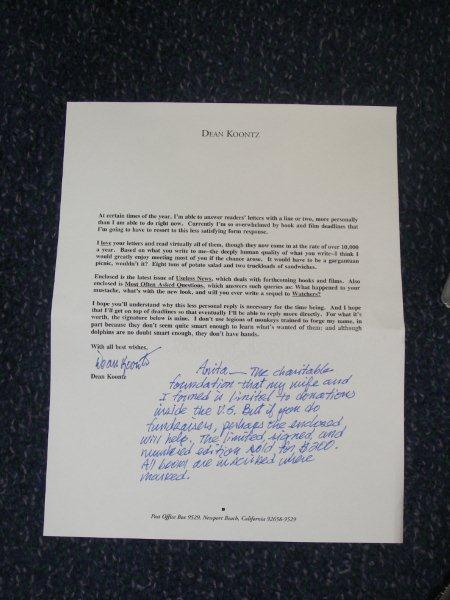 Dean, the RSDR have just recently found a little puppy, a little boy last night, who they have decided to call Koontz in honour of you, aswell as in memory of Trixie (Deans beautiful golden retriever). 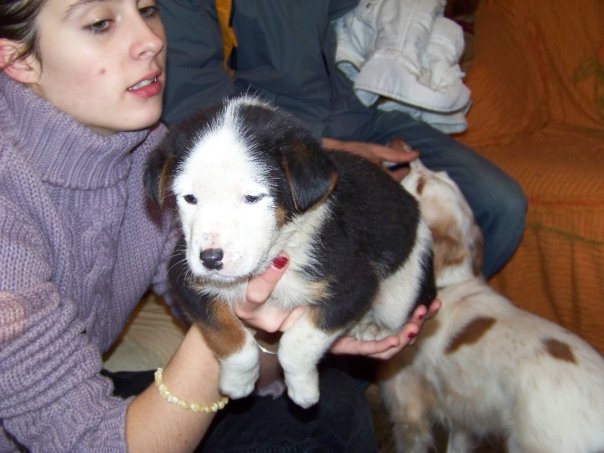 Photo:  Kerry found Koontz last night half frozen in the snow, full of fleas and his gums
were white so we believe he was anemic from the fleas.  He has been bathed,
wormed and treated for fleas.  He is warm now and was able to eat after a sleep
and is doing a lot better.

Thank you Dean for such a wonderful gesture.  Diane, Tony and the Rowles kids and all the RSDR supporters and volunteers would like to thank you for your wonderful gift. xxxxx

Exciting news.  Roan Hamminga, finalist from the popular TV show X-Factor has kindly agreed to help promote and support the RSDR in Holland.  We are very grateful to him. 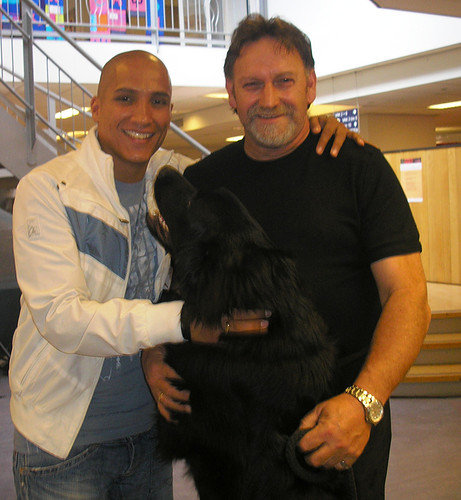 Roan (X Factor finalist)       (photo - above right) with Cor, the RSDR Co-ordinator of our adoption team in Holland and Cor and Reini's beautiful dog Indy. 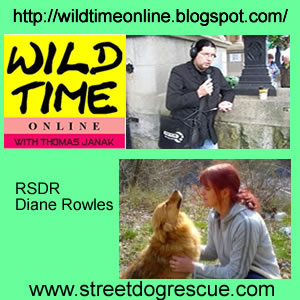 The show features a 30 minute interview with Diane Rowles from Rudozem Street Dog Rescue in Bulgaria as well as footage from the protest outside the Charles River Laboratories in co. Mayo..., staged by NARA 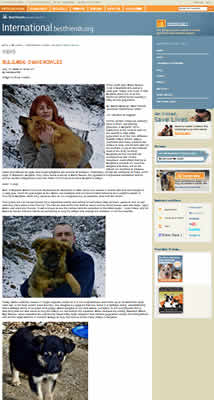 May 17, 2009 -  Article on RSDR with our Founder Diane Rowles by International Best Friends Animal Society.